Register and get started 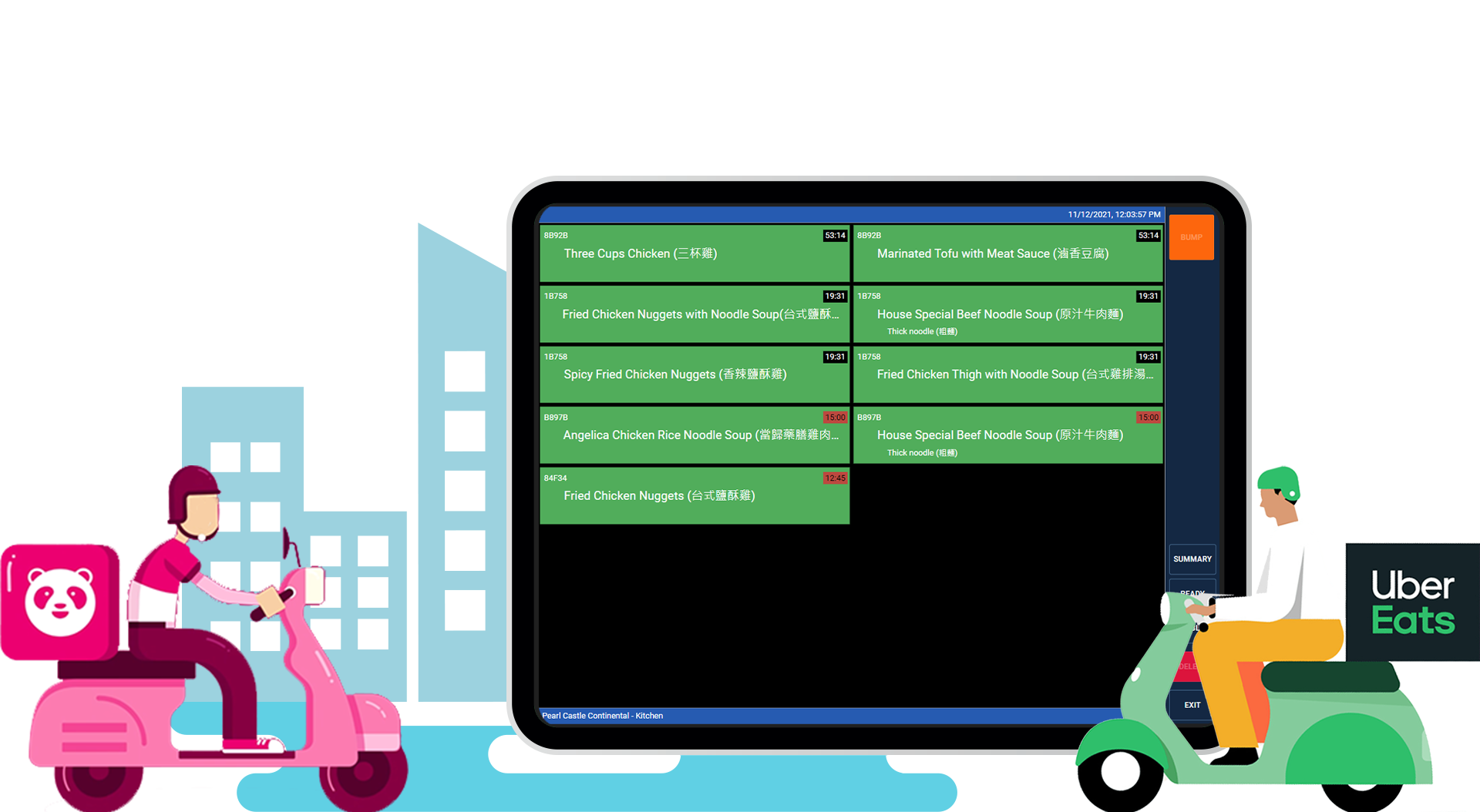 Why should you upgrade to KDS CLOUD?

Instead of using paper tickets, KDS CLOUD allows you to manage kitchen orders much more effectively and accurately on all tablets.  KDS CLOUD is the latest Cloud based Kitchen Display Solution developed by WaveSoft.  With over 20 years of hospitality experience, WaveSoft KDS technologies have been utilized by thousands of restaurants worldwide with a wide diversity of sizes and styles.

Using paper tickets is cumbersome, costly and non-environmentally friendly. With the KDS CLOUD, restaurants no longer need to print hundreds of tickets every day from a printer – which also means no more running out of paper roll during busy hours.  KDS CLOUD organizes food orders by a first-come-first-serve sequence or in a productive summary view.

Most importantly, multiple KDS displays can work together so food prep completion at one KDS can instantly notify another KDS, allowing effective food production and serving control.

KDS CLOUD allows you to manage kitchen orders much more effectively and accurately on all tablets. 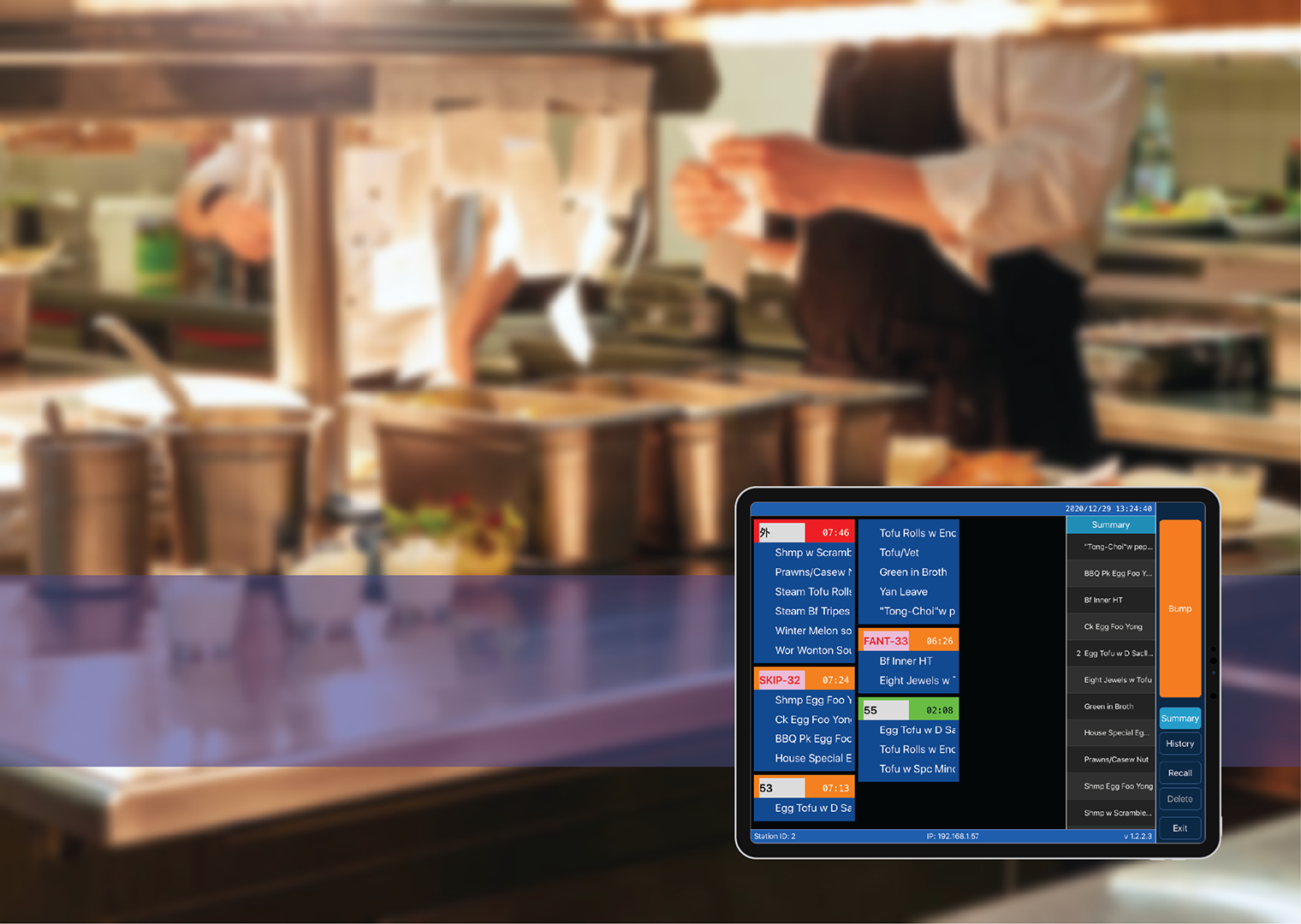 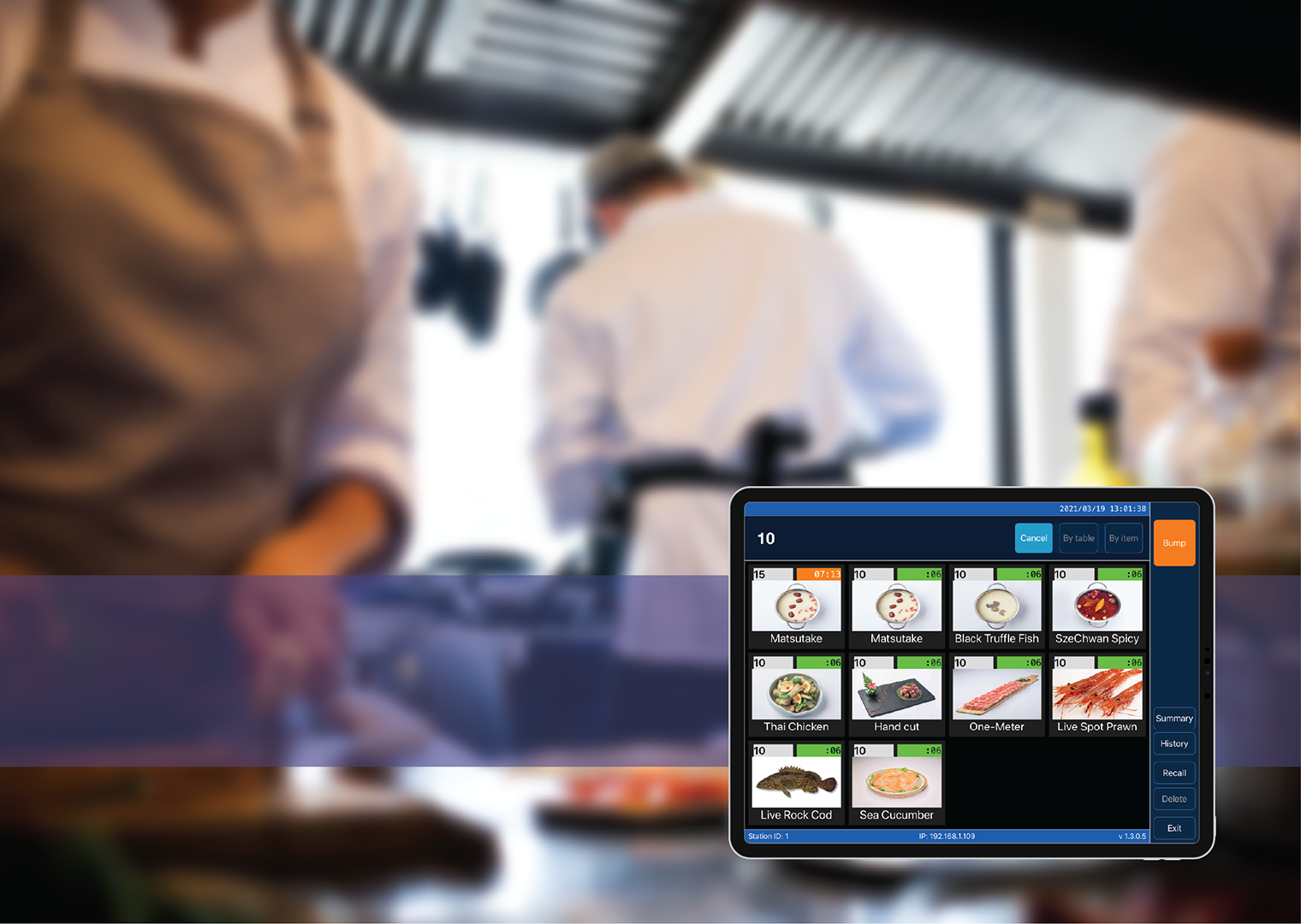 KDS CLOUD is the most cost-effective, easy to use and easy to deploy KDS solution.  Compared with legacy KDS solutions, which require special hardware and wiring, KDS CLOUD can be operated on any iPad, Android and Windows tablet with an internet connectivity. Multiple tablets can also be easily configured to work in sync or group for total food production controls.

Setting up stations in your kitchen

By setting up your kitchen into different stations: grill, bar, pantry, etc., KDS CLOUD will route food items to the appropriate kitchen station and in the right direction.

The KDS CLOUD Dashboard gives total kitchen control by allowing a restaurant and/or kitchen manager to see all food prep status among all KDS displays from a single tablet.  The dashboard can easily spot any food prep delays ensuring the best service quality of a restaurant.

KDS CLOUD will help manage the course and pace of orders in the kitchen, allowing effective food production and serving control. 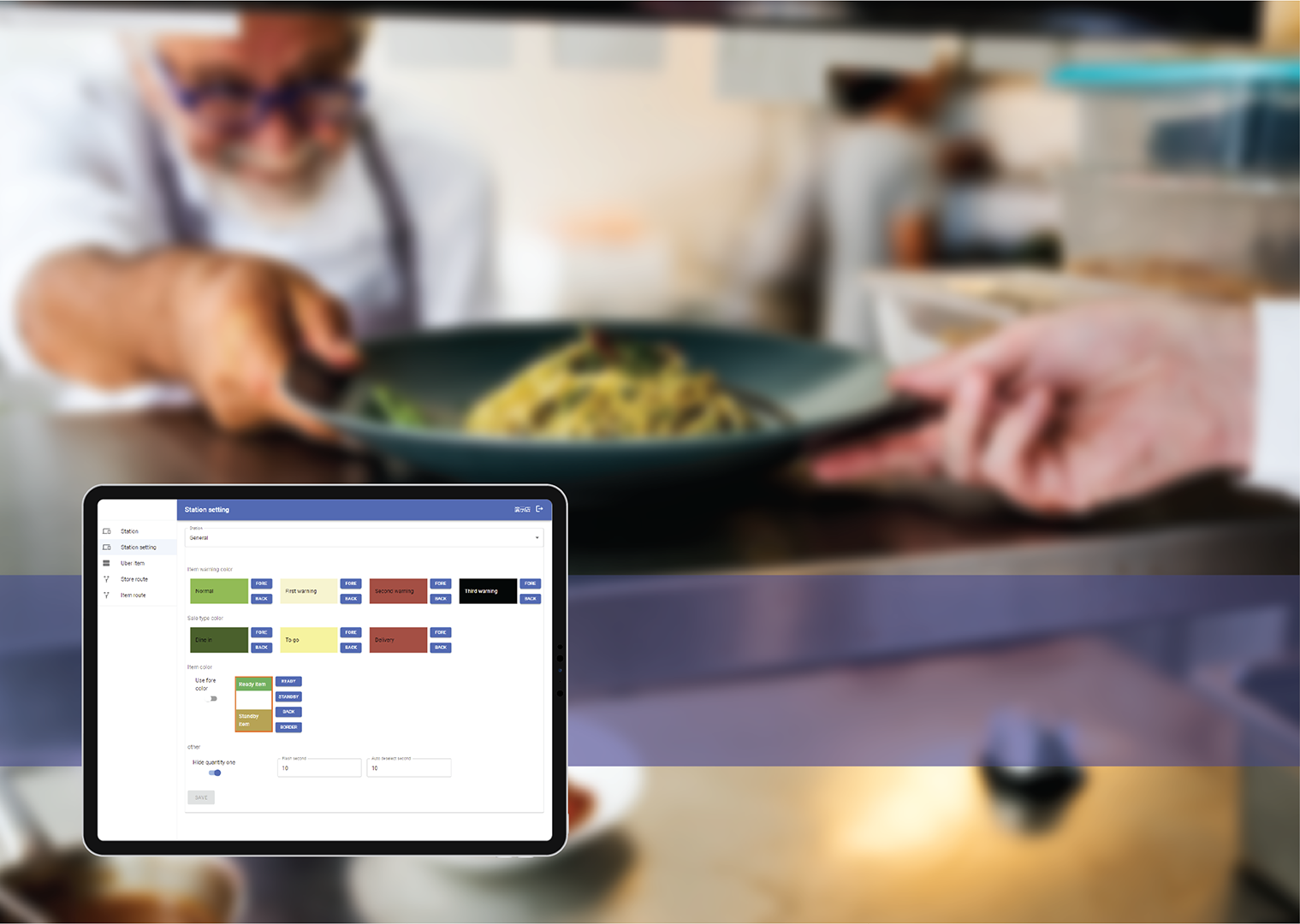 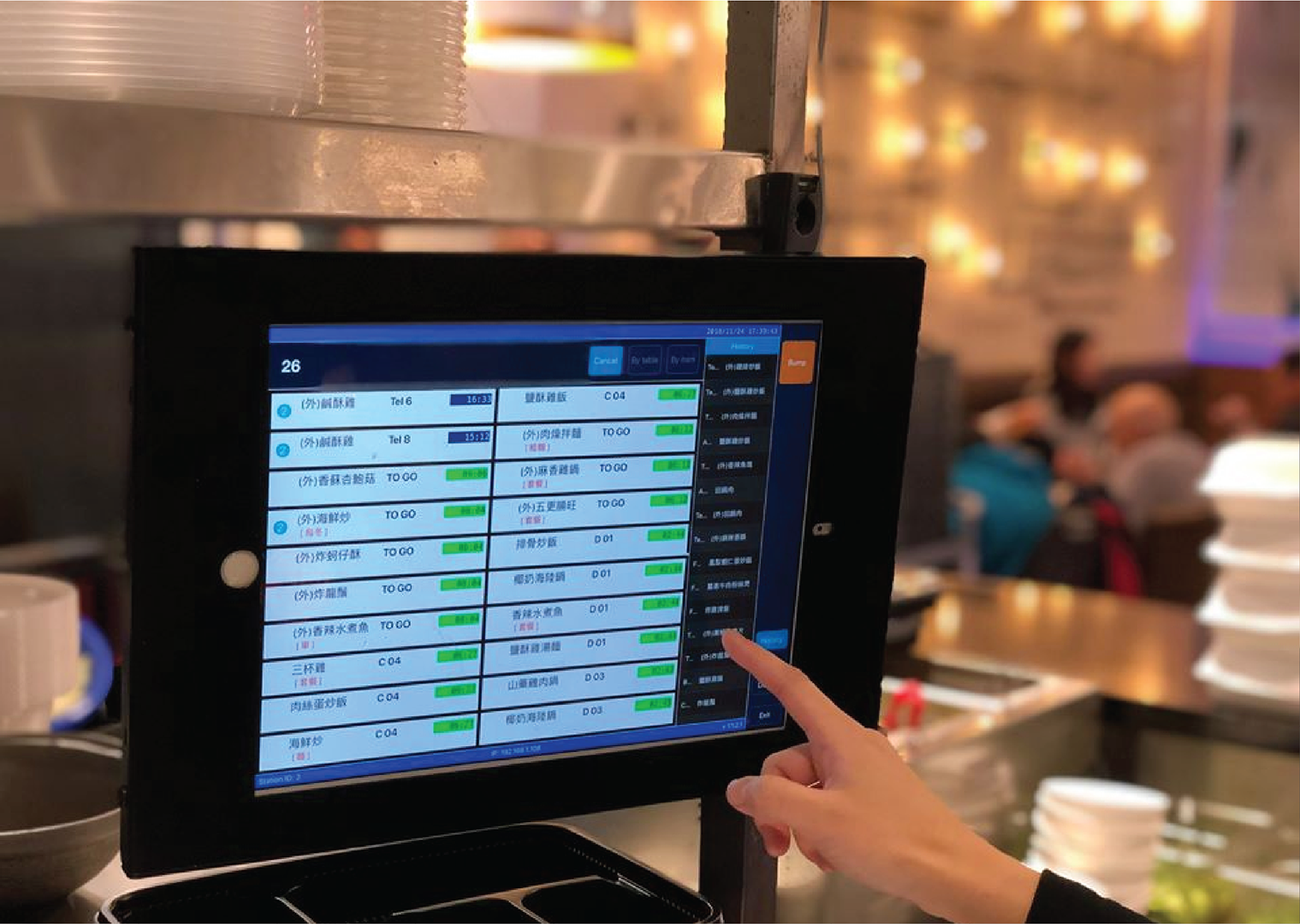 The KDS CLOUD comes with a real-time monitor function, which constantly monitors the status of all food among active KDS terminals in a restaurant and raise an alarm if necessary.  On the event of a hardware failure, you can simply replace the faulty tablet, login to the KDS CLOUD on a new device, then all previous tickets will be restored.

Some features of KDS CLOUD

KDS CLOUD, is our newest version of the Kitchen Display System. Whether you are using iOS, Android or a PC, as long as you can run a web browser, you can use KDS CLOUD.

Supports intelligent control functions such as order entry time, sorting by table and sorting by item. Convenient for chef station to reduce the preparation time need and provide the staff with the complete order information.

View whole orders on screen. Aside from using this mode to manage the workflow of the kitchen, staff can also use the this to accurately pack up takeout and to go orders, especially handy for bubble tea shops or fast food restaurants.

For restaurants with a more complex setup, when food items require preparation by multiple chefs. It is possible to set up routing to make sure the food is moved to the next station when each chef has done their part, reducing the possibility of errors in a busy kitchen.

Current orders will be displayed in customizable colors, allowing the chef to can see the urgency of an order in a glance. You will be able to assign colors to order status, wait-times, etc.

Unlike traditional printed order tickets, kitchen staff can quickly check the status of an order or recall a completed order right at their finger tips, it is also easy to quickly adjust an order when necessary without disrupting the flow of a busy kitchen.

KDS CLOUD constantly monitors the status of all food among active KDS terminals in a restaurant and raise an alarm if necessary.  On the event of a hardware failure, you can simply replace the faulty tablet, login to the KDS CLOUD on a new device, then all previous tickets will be restored.

KDS CLOUD has an open API available for a seamless integration with most POS and online ordering services. Please contact us for more details.

See what our clients say about us

When we first started working on a solution for them, the chefs didn’t think this new technology stuff would help them. This all seems like such a hassle and that they would have to get spend time getting used to it, and it would really just get in the way of — or even disrupt, their kitchen operations.

But shortly after we implemented KDS CLOUD, they realized that as the restaurant gets busier and busier, KDS CLOUD became a major time-saver. The simple and intuitive solution became a crucial part of their day-to-day. Even during rush hours or festivities when the kitchen is bombarded with orders, the chefs no longer need to spend the extra time sorting out orders, and even have the extra time for other prep work.